Things that are interesting or useful to me

Visual Studio 2017 and the pain it brings

This will be a very negative post so I want to start off with saying that I love Visual Studio, it’s my favorite IDE for C++ and C# development. With that said the upgrade to VS2017 has been less than smooth.

I agree that Visual Studio has outgrown the old environment variable approach, however the implementation is lacking.

Not shipping the tooling in the box makes migrations a lot more painful than they should be. The user now has to download the tool in the buildsystem, likely hosting a copy somewhere to avoid Github issues causing builds to fail. This in turn means the user has to keep their local copy updated with new releases of the tool which doesn’t track the Visual Studio release schedule.

Alternatively the user can build the tool locally but then the issue instead becomes integrating that build into the system and keeping a local fork of the git repository.

Now you might say, use the Powershell module! That has all of the same drawbacks mentioned above.

What do I want?

Ship vswhere and the Powershell module in the box, update it through Visual Studio or keep it in sync with the larger update releases. Put it in the PATH or let me find it using an environment variable.

This was a good idea, I can keep back compat without having a full VS2015 install taking up disk space.

This doesn’t actually include the tools needed to actually use it. Trying to call vcvarsall.bat it spits out the help usage message. The script actually tries to find the Microsoft C++ Build Tools 2015 which aren’t included in the install. Until these are installed vcvarsall.bat fails and does nothing.

What do I want?

If I select to install this component it should actually work and not require a separate download.

This is just two of the issues I’ve come across so far. There’s plenty more but it requires some more verification to make sure it’s not just me doing stupid things.

Visual Studio 2017 and the pain it brings part 2

This will be a very negative post so I want to start off with saying that I love Visual Studio, it’s my favorite IDE for C++ and C# development. With that said the upgrade to VS2017 has been less than smooth.

First we select the workload that looks like what we want 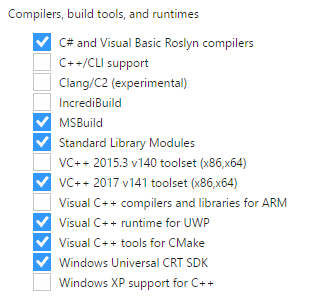 Now we should be good to go, let’s open Visual Studio and try to create a new project 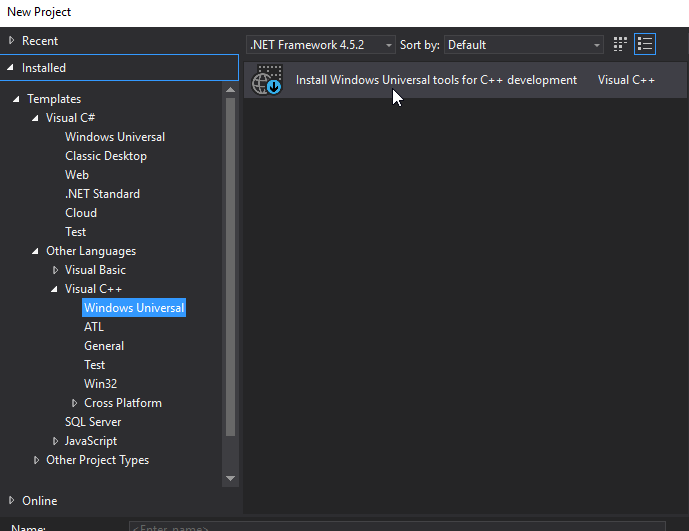 Well that didn’t go as expected. You would think that installing the workload Universal Windows Platform Development would install the bits needed to actually create a project.

Right, what happens if we install the suggested bits? Apparently it suggest installing the ARM tooling. 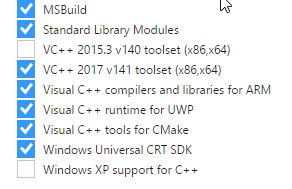 Can we create a project now? Lets try it out and see what happens 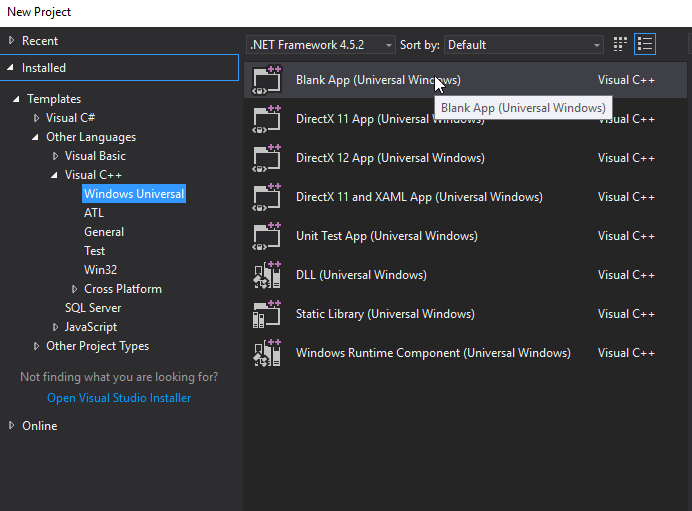 Success! But why oh why did this not just work from the beginning? I picked a workload and it seems quite reasonable to expect that I can actually use that workload once it’s installed.

I was trying to find a simple solution to test my Logstash filter pipeline but the blogs and documentation seemed to cover older versions and/or focus on Ruby. No hard feelings against Ruby but we’re not a Ruby shop so this got me thinking, how hard can it be? Well it turns out not hard at all.

The basis of my solution is language and framework agnostic but the examples will use Node and the Jest test suite.

We’ll use the following project structure for the examples

Let’s start with building the container we will use to do our Logstash processing. Piping input into the stdin plugin let’s us start Logstash and have it shut down when it’s processed all input so there’s no need to manage it’s lifetime.

This is quite basic, we copy our script and set it as the entrypoint so that we can use the container as a regular command.

The script we’re using is really simple and could possibly be specified directly in the Dockerfile but I wasn’t sure about the pipe and didn’t want to spend time testing.

docker-entrypoint.sh is provided by the logstash container so we just call that in the same way while piping our input into it.

Once we have built this container we can invoke it like docker run -it --rm -v $PWD:/test paxxi/logstash-test

Our container isn’t all that useful yet, it will happily pipe whatever we have in our input folder into Logstash but there’s no output yet.

Let’s fix this with a test input config and a test output config. We’ll start with the input

Simple enough, we expect json piped to stdin, remember to have a blank line at the end of each json file.

Next up our output config

Also quite straight forward, we write each event to a file named after the key test_name in our inputs. Probably a bit of a hack but it lets us easily separate each test result into it’s own file for later processing.

How you decide to gather your test inputs is up to you. I decided to output a few events from filebeat and then use that JSON as a template and replacing the log key with the different messages.

We finally have all the pieces in place to start working on the tests, that’s what we came for :)

Here I’m using Nodejs and Jest but any language that can read JSON can be used.

And that’s all there’s to it, now we have a test pipeline that we can build upon and extend.